Posted at 11:34h in Self Help by Tom-Chris Emewulu
Share

“It wasn’t until the early part of 2017 that it dawned on me: The impostor syndrome could follow me the rest of my life if I didn’t make a change!”

Part of my job at SFAN – the one I enjoy so much – is being a connector: bringing innovators, thinkers, corporate executives, and co-dreamers together to spark off meaningful career or business conversations.

Looking back at my own life, I remember my struggle with the feelings of insecurity. As a teenager, I had several internalized fears that I was not good enough.

It got prevalent when I came to Ghana. There was an occasional reminder that I didn’t belong in some groups at school due to some of those pervasive stereotypes about Nigerians. This translated into life after college as I decided to continue building SFAN instead of going back home. There was that constant on-and-off struggle with being an outsider. And, when coupled with the pressure of creating a sustainable growth engine for my business and leading my team, the result was constant anxiety because of my limited knowledge.

It wasn’t until the early part of 2017 that it dawned on me: The impostor syndrome could follow me the rest of my life if I didn’t make a change!

Tony Robbins once said that if something is important to you, you have to make it a study. So, I decided to study how to work on my mindset and face this monstrous impostor syndrome.

Here’s what worked for me:

1. Embrace Who You Are

“There are many challenges in life, but do not be imprisoned by your own thoughts and fears.” – Strive Masiyiwa 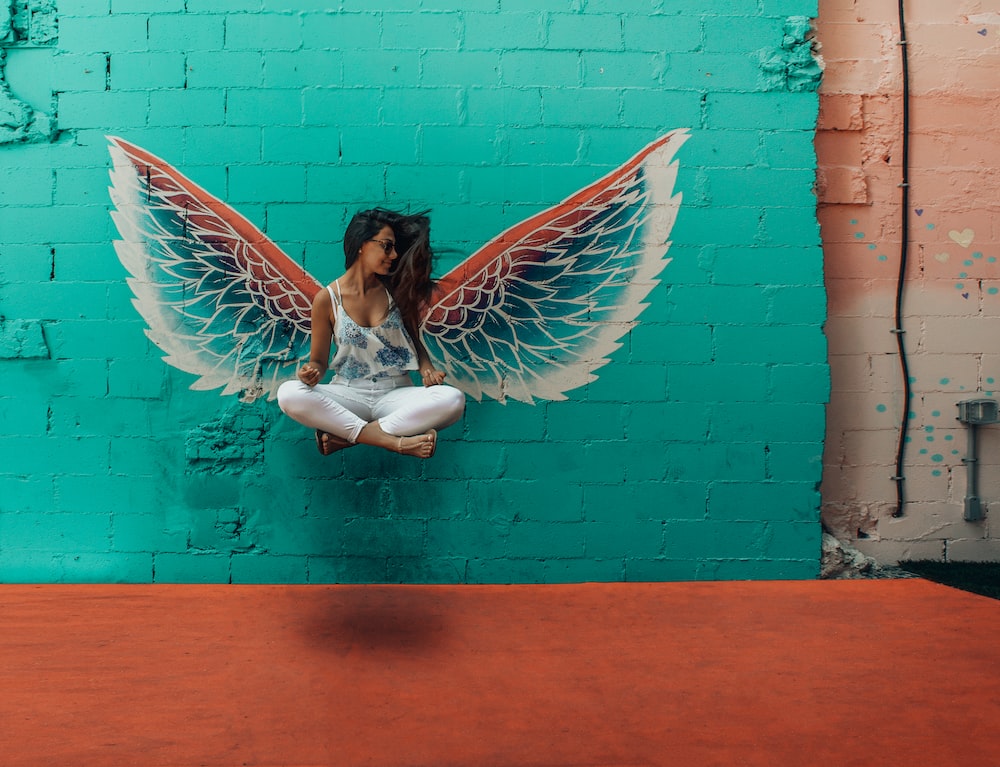 Photo by Emma Matthews on Unsplash

At the early stages of my career, I thought the best way to overcome the impostor syndrome was to be “twice as good.” But, the harder I worked, the more I felt that the people around me did not acknowledge my contribution.

And it bothered me – almost to the point and often to the point that I considered changing my name to a Ghanaian name just to fit in.

Come to find out, about 70% of people across cultures are affected by this same feeling of being a fraud at something. In fact, highly successful people like Sheryl Sandberg of Facebook and Natalie Portman of Hollywood all suffered from impostor syndrome at different points in their career.

But instead of living in denial, they chose to make peace with that feeling and over-index on their truth. When you are true to your core, you stifle the inner conflicts that often make some people “fake it to make it.”

In my own life, I had to come to grips with the fact that my only limitation is my mind. I am a Nigerian entrepreneur in whatever context I operate from and that’s not going to change. Regardless of certain skewed narratives about my country, I am comfortable introducing myself as a Nigerian. And, I am comfortable being under the microscopic eyes of people that feel some of my results are too good to be true.

For the record, there are negative people in any part of the world.

People are people everywhere – the most important thing is to keep an open mind and silence the negative voices in your head.

Says Wayne Dyer, “If you change the way you look at things, the things you look at change.” As entrepreneurs, the biggest challenge we face is often what goes on in our heads. What you complain about today might just be the physical equivalence of the thoughts and images you’ve been harboring in your mind. In other words, “what you focus on expands and becomes real for you.”

If you have been feeling pinned-down by your mistakes and insecurities, it’s time to embrace who you are without a sense of guilt. It’s time to stop letting the impostor syndrome be a liability and make it an opportunity to learn, grow, and thrive!

2. Build Your Self-Confidence Through Positive Self-Talk

There has been considerable emphasis on the fact that positive self-talk is an effective strategy for enhancing learning and optimizing performance.

It’s true; what we say to ourselves has more effect on our perception of control, confidence, and spiritual wellbeing.

David Goggins is considered by many as the strongest man alive. Goggins is the only member of the US Armed Forces to complete SEAL training, US Army Ranger School, and Air Force Tactical Air Controller training. He was also the Guinness record holder for the most number of pull-ups done in 24 hours.

He attributed a major part of his success to a concept known as a Cookie Jar. The Cookie Jar is a secret weapon which contains every setback he has overcome in his life. And in times of struggle, he’ll remember how as a Navy SEAL, he went to three Hell Weeks and completed two. He’ll remind himself that suffering is just a test. With that constant reminder, he is able to attack whatever obstacle life throws in his path and win.

Says Goggins in his book, Can’t Hurt Me: “Remembering what you’ve been through and how that has strengthened your mindset can lift you out of a negative brain loop and help you bypass those weak, one-second impulses to give in.”

Create your own reality and reinforce that picture by speaking words of courage and power to yourself. See yourself handling your challenges, building your business, getting the contracts and becoming an influencer in your field.

If you’re new to this type of thinking, it might feel like a lie at the beginning but that is where the fun begins. Impress that thought to your mind through positive affirmations and it’ll go to work in shifting your energy to put you at a peak state.

At this point, your brain will begin to shift from victim to victor mentality. You’ll dress better and feel more confident. You’ll begin to think like a global citizen. You’ll have more ideas on how to improve your work and the lives of the people around you. You’re not worried about competitors because you’re your own competition. This is what psychologists call a mental and emotional breakthrough. And once you’ve tasted that feeling, nothing else can satisfy.

3. Deliver on Your Commitments

“Once I made a decision, I never thought about it again.” – Michael Jordan

Photo by Emma Matthews on Unsplash

Too many people don’t honor their commitments.

They lack a sense of character. Their words do not mean much to them. They have no resolve and they have no issue wiggling out of their commitments because deep down, they don’t believe in themselves.

They prefer to drift along instead of stepping across the line because of the fear of uncertainty. They prefer the comfort of mediocrity to the uncertainty of daring incredible things in life.

Their language is “I will try.”

Successful people don’t “try,” they either do it or they don’t do it at all. They deliver on their commitments no matter what happens. They know that their word is their bond so they are selective about what they commit to.

In the language of research, commitment means binding yourself to a course of action. It means you’ve passed your point of no return and you’ve burned your bridges.

Tony Robbins breaks down the labyrinth involved in actualizing this strategy in three simple steps:

When we were planning the inaugural Student Entrepreneurship Week Ghana, there were many obstacles we had to overcome. At one point, I felt like we didn’t have what it takes to create an event of that magnitude. But we were fully committed. It was obligational, not conditional.

Be aware, when you make your decision, your resolve will be tested. There’d be times when everything that could go wrong will go wrong. This is when you must remember the reason why you got started in the first place.

Your resolve must be strong.

There is an emotional juice that comes from results and a sense of knowing that “you earned this.” It makes you feel good about yourself. It builds up your credibility and you love your work more.

You give more thought to nuancing your delivery and your results will correspond with your new state of mind.

Before long, people will take notice of your excellence and pay you more for your services which will lead to creating more top-rated work.

There is a higher calling for each one of us. At some point in our lives, every one of us has seen our “other self;” that inner man or woman of substance. But many people choose to be hemmed-in by society and stereotypes instead of liberating themselves from the clutch of limited thinking to be all they could be.

To be completely honest, there are still moments when that little voice of impostor syndrome makes me feel unworthy of my results or certain aspirations. But I know better now. I know how to wear my identity like a badge of honor while progressively improving my personality, results, and outlook on life.

You too can do the same!

If you enjoyed reading this article, consider sharing it so that others can find it! To get more inspiring contents as this in your inbox subscribe.