The Robots Are Coming

15 Jul The Robots Are Coming

They say the future is automation, and it sure seems that way. If you’re following the technology trends, it looks like the robots are coming, and they’re coming for our jobs. In the car manufacturing business, robots have taken over the assembly line. Things that needed to be done by humans are slowly being replaced with robots. These bots could soon move from the assembly line and make their way into the service industry.

Technology is slowly replacing people who offer services. Before I got hooked on ExpressPay to pay for my airtime credit, I used to buy scratch cards from the street guy. But now, I can easily whip out my phone and easily purchase credit online. I really do not need to buy from the street guy selling credit or the person at the corner with an umbrella stand with a table advertising mobile money transfers.

In the US, I hardly had the use of a fuel attendant to fuel my car. I just used my credit card and swiped at the machine, and entered the amount I wanted. Is it too far-fetched to think that the same thing can’t be replicated at Ghanaian fuel stations? Perhaps fuel attendants may need to think about another line of work. If Shell or Goil can use those systems, why hire people to fuel your car for you?

Those were the themes touched on at the Quantum Leap Career Fair 2017 at the British Council. The event was put together by Stars From All Nations (SFAN), a high impact social enterprise that bridges the gap between education and work.

The event was created to talk about the future of jobs in Africa. Are robots coming for our jobs? Is AI ready to take away service jobs from the next generation?

Lucy Quist: The Hero We Need In Our Society

The keynote speaker for the event was Lucy Quist. Lucy is currently the CEO of Airtel. She’s a strong advocate for STEM and girls’ education.

She’s a very eloquent speaker. Her address focused on what was happening back in the day with computers and automation to the present day, where things she was doing in the past could easily be replicated with the use of an app on your smartphone.

She was very passionate about what she talked about. It showed during the Question and Answer section where she answered questions from the audience about education, changing mindsets, and slowness and inefficiency of government services.

It’s great to be in the presence of people like Lucy Quist because she’s the type of person that gets it. She really believes that people themselves need to get better and improve and not look at the government always to save them. Her views don’t just focus on Ghana but the African continent as well.

Collaboration, Robots and Hidden Figures: Summary From The Panel

After Lucy Quist’s marvelous keynote speech and Q&A, a group of panelists was up next to talk about the future and changing nature of work in Ghana and Africa.

Many issues were touched upon, including being business-minded and entrepreneurial, adapting to the future of the coming of AI and robots, which seems inevitable, and thinking outside the box and upgrading your skill-set through the use of the internet and networking.

It was mostly agreed that even though the robocoplyse is coming, it will be a slow build before it has adverse effects in Ghana. People will generally need to adapt and still stand out if and when AI or bots take over. An example from the panelists about ‘adapting’ was a reference to the movie “Hidden Figures,” where the three main female characters taught themselves programming because they foresaw their replacements being IBM computers.

Another interesting topic that was started by Josiah Kwesi Eyison (iSpace) was the idea of collaboration. It seemed that Josiah felt like the British Council were seemingly competitors instead of collaborators in the tech space when it came to training and skills specialization. 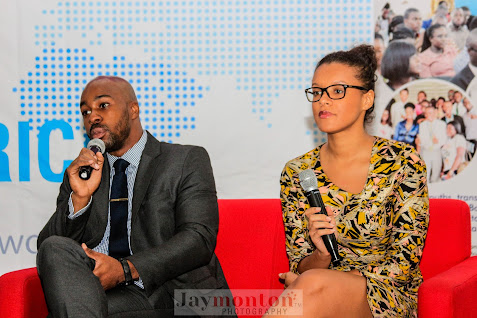 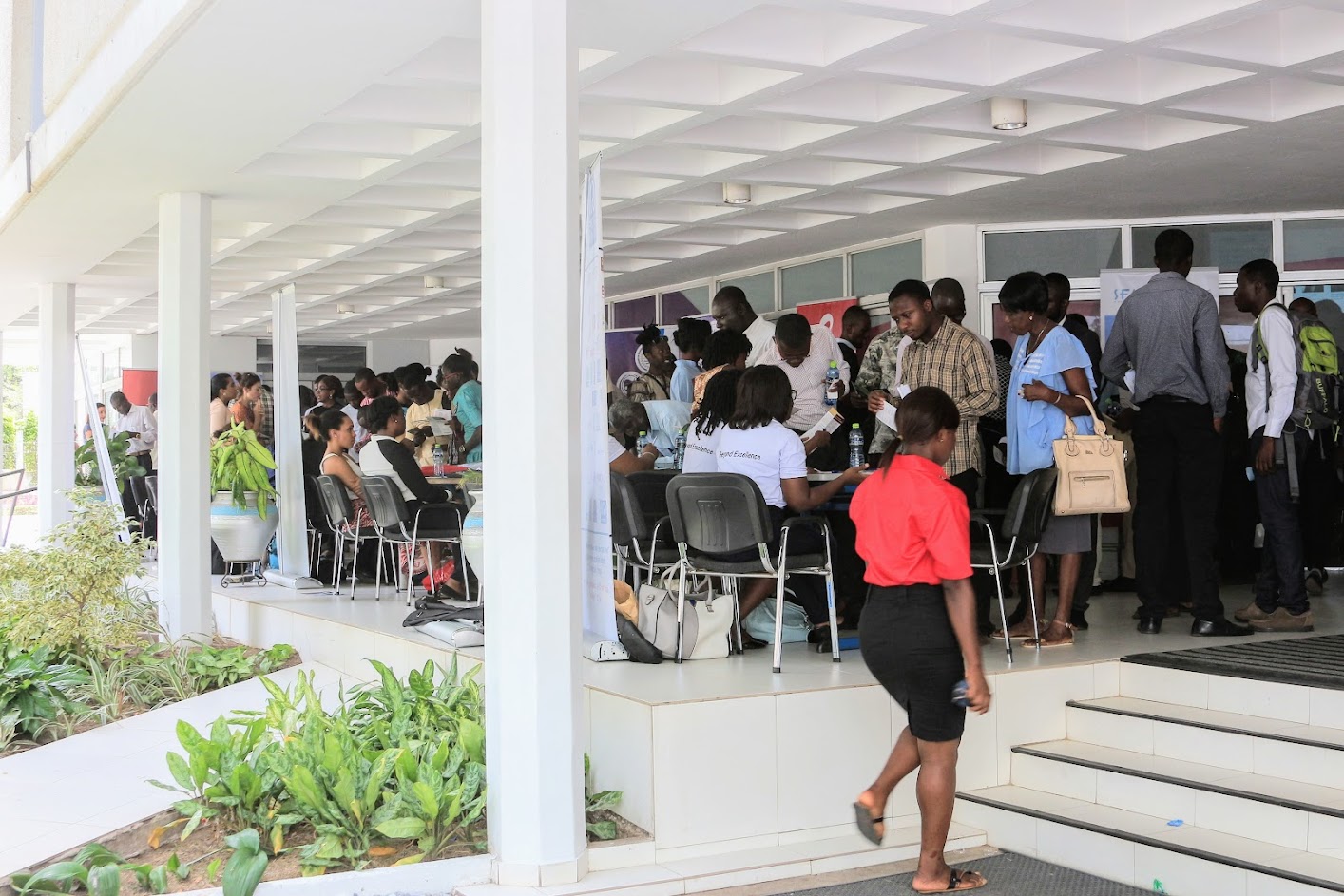 During the wrap-up and final thoughts from the panel, Amma Baffoe gave a great message to the audience (which was full of young university students) about what she would have done differently at school with the things she knew now. She said she would have gotten an internship or a part-time job while at school to improve her skills. She would have also taken advantage of more events (including the Career Fair) to network with people in the industry. I think the message hit home with lots of people in the audience nodding in agreement with what she was saying.

Machines are coming for some of our jobs, whether we like it or not. It looks like a way to combat this is to adapt and get with the times. The internet has brought about different ways to learn and upgrade your skills. You can find dozens of videos on the internet about how to code, build, and do anything. British Council and iSpace are helping young kids to do more by giving them entrepreneurial skills. Genevieve Puni (RecTrain) also touched on having soft skills. Even though the robots can do many things, there are still going to be a need for people to do analytics on documentation and written reports and have leadership skills.

Truth be told, I’m a fan of automation. It makes things more efficient and better. But I am aware of the effects it has especially when it replaces the jobs of humans. But like the panelist, I do believe in upgrading yourself with more skills to avert the coming of the robots. It’s easier now for me to learn how to code, write better, produce videos, and even set up this website and create content you are reading now.

The robots are coming. But it doesn’t mean it’s all gloom. We have to prepare for it.

Get all the help you need to build your business and have a fulfilling career.

This article was written by Joseph Kuuire and was first published on Tech Nova Gh.