Posted at 16:45h in Business Advice by Tom-Chris Emewulu
Share

“If Africa’s children are educated and equipped with the skills to succeed in the twenty-first-century economy, the entire continent will prosper. But if they are denied a quality education, Africa’s economic progress will be slowed, stunted, or even thrown into reverse.“ – Strive Masiyiwa, Founder of Econet Wireless

NIGERIA – On October 25, I had the privilege of representing SFAN at the Tony Elumelu Foundation Forum 2018, where 5,000 entrepreneurs, business leaders, and heads of states gathered to discuss various topics around economic development across Africa. I was opportune to be one of the select marketplace vendors that hosted the President of Ghana, His Excellency Nana Akufo-Addo, and the Founder of Tony Elumelu Foundation, Mr. Tony Elumelu.

The meeting allowed me to share my thoughts on fixing Ghana’s education system with both men. This article is trying to extend that conversation. 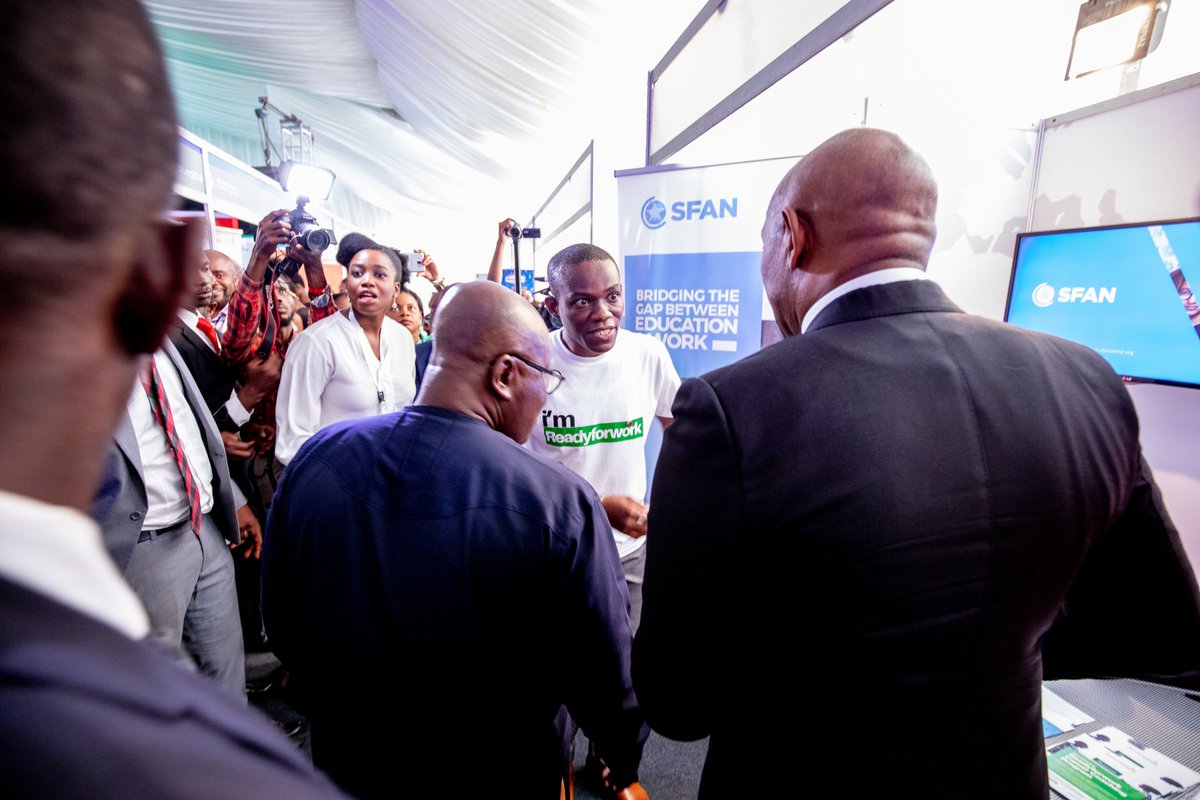 If you have followed the ongoing dialogue about the state of higher education in Africa, then you’re aware that there’s an urgent need for rethinking the entire framework of Africa’s education systems. The handwriting on the wall is crystal clear: by 2050, Africa will be home to a billion young people. The continent’s future – and perhaps that of the world – hinges on investments in human capital. Regrettably, as it stands, all sub-Saharan Africa countries perform worse than the global average of the human capital index.

While there has been an incremental economic growth on the continent, the stack reality is that most African students are not learning the skills that can make them competitive in the digital world. And if this trend continues, our future generation will be a lost cause.

The good news is: we have a window of opportunity to avert this catastrophe. Apart from drastically raising education financing from the current meager 10%  (which, thankfully, the education commission is taking a bold step to accomplish), three important areas need immediate attention for fixing the state of higher education in Africa.

To be clear, this agenda will need bold thinking and a refusal to settle for things as they are. Fixing higher education in Africa will equally need multi-stakeholder collaboration.

Over the past five years, a greater part of our work at SFAN has created programs and events that bring together stakeholders from business, academia, government, media, and civil society. The goal is to spur new pathways for equipping young people with skills to help them thrive in the  21st-century economy. Our extensive research and survey of the root causes of youth unemployment in Africa show:

This important disconnect inspired us to set up Readyforwork Career Coaching Program, empowering the youth to take ownership of their career aspirations and grow in confidence that yields success. With a ready workforce, employers on the African continent need an upskilled talent to take advantage of the economic boom.

Obviously, the future of work will not be about college degrees but job skills. Quite frankly, I think the current education system has outlived its purpose. CNBC recently compiled a list of top employers that no longer require employees to have a college degree. Simply put, we are moving into an era of an alternative education system.

I intend to propagate a conspiracy theory, but I know where the current education framework came from. Over one hundred years ago, factory owners that didn’t have enough compliant factory workers invented the system. Therefore, it made sense to arrange kids in rows, tell them what to think, and make them compete for grades. And it worked excellently for over 100 years before technology disrupted the work environment.

A hundred years later, automation and robots have taken over many factory jobs, and collaboration has become more important than competition. Many schools in Africa are still stuck in the archaic mode of teaching, and their curriculum has not kept pace with the changing nature of work.

Yet, programs like SFAN’s Readyforwork are rethinking the process by giving every gift an equal chance through personalized education. We are leveraging data to curate content tailored to learners’ needs instead of a one-size-fits-all system.

Nevertheless, if we trained every job seeker, there are not enough jobs to absorb them.

The numbers clearly show that while about 10 to 12 million youth enter the workforce each year, only 3.1 million jobs are created.

A candidate going through a one-on-one coaching session

Consequently, there’s a pressing need to unlock the entrepreneurial potentials of young people for job creation. Governments and development agencies are progressively acknowledging the fact that “Africa’s young people could enrich not only this continent but the world economy and society at large.”

Like I told President Akufo-Addo, this is why initiatives like the Tony Elumelu Foundation Entrepreneurship Program is of vital importance!

Our coaching program also serves to help young people acquire the entrepreneurial mindset and real-world exposure that helps them take ownership of their aspirations for success.

Experts have said that mentorship is one of the smartest investments you can make in your business or career. Mentorship helps young people gain direction and navigate the digital world.

For the last several years, I have worked with different companies in finding the top ten percent of entry-level job seekers. One significant thing I’ve noticed is that many job seekers lack job awareness skills. A good mentorship program helps learners to gain job awareness and exposure to the world of work.

In conclusion, the economic case for investing in Africa’s human capital is that it is the continent’s most important resource and the surest way of ending poverty on the continent.

I agree with Strive Masiyiwa, “if Africa’s children are educated and equipped with the skills to succeed in the twenty-first-century economy, the entire continent will prosper. But if they are denied a quality education, Africa’s economic progress will be slowed, stunted, or even thrown into reverse.”

Clearly, countries like Finland and Singapore are quite ahead of the curve by “giving more time to exercises that will involve a synthesis of knowledge from various subject areas.”

This is the moment for Africa’s youth!

Sign up for to ReadyForWork career accelerator and launch your career with ease. Start here.